Celebrating Over 100 Years in Business!

Twin City Die Castings Company is one of North America’s oldest die casting companies. TCDC was founded in Minneapolis, Minnesota in 1919 by Charlie Adams, a pioneer in the die casting industry. The Adams family owned Twin City Die Castings until 1974, when a family friend, James Harmon, purchased the company. Ownership of TCDC passed through the Harmon family until Doug Harmon became the CEO and sole shareholder in 2005.

TCDC operates three IATF 16949:2016 certified US facilities in the Midwest. All locations are within 200 miles of the corporate headquarters of Minneapolis, Minnesota. The second plant, located in Watertown, South Dakota was added in 1989 to handle TCDC's growth; and a third plant in Monticello, Minnesota in 2000 to facilitate TCDC’s entrance into magnesium die casting.

In 2017, Doug decided to sell his stock in the company to the employees under an Employee Stock Ownership Plan. TCDC is looking forward to another 100 years of success driven by our our most important asset: our Employee Owners. 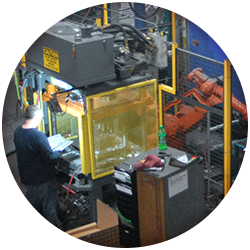 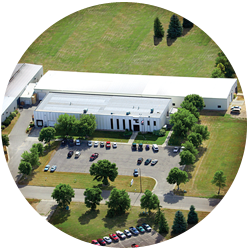 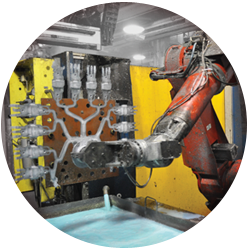